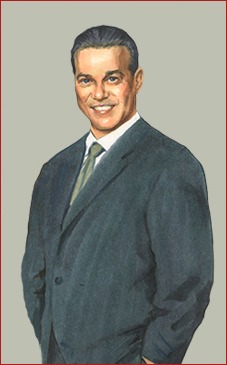 Steven B. Borkan is a seasoned trial lawyer with over 30 years’ experience litigating cases in state and federal court, including a focus on Section 1983 matters. Since he began his career he has tried over 60 cases to verdict and has compiled an impressive record of victories on behalf of his clients.

After graduating law school, Steve began his career as a Cook County Assistant State’s Attorney in the Civil Division. Steve spent five years representing various Cook County agencies and employees in cases involving catastrophic loss. He also became the liaison to the court for matters including Writs of Mandamus and Contempt proceedings. Steve went on to join a mid-size private defense firm, where he further developed his trial skills working on complex tort cases. He also began defending the City of Chicago, and its police officers in civil rights cases.

In 2009, Steve started his own firm with his long-time colleague and trial partner, Tim Scahill. Since then, the firm has continued to grow and Steve, along with his numerous colleagues, continue to defend the City of Chicago, and other municipalities in a wide array of civil rights matters, including the use of deadly force, and wrongful/reverse conviction cases alleging coerced confession.

Steve’s work also includes employment law claims in state and federal court as well as before various administrative agencies, including the Equal Employment Opportunity Commission, Illinois Department of Human Rights, and the Illinois Department of Labor. He regularly provides his clients with training, policy development, and preventative measures to assist them in complying with employment laws and regulations.

Steve is a member of the Litigation Counsel of America and the International Municipal Lawyers Association. His cases are often featured in the Chicago media, and his hard work and successful results have earned him recognition by his colleagues as he has been selected numerous times as an Illinois SuperLawyer and a Leading Lawyer by the Leading Lawyers Network.

Steve graduated from The John Marshall Law School in 1986. He began his career as an Assistant States Attorney defending Cook County in the Civil Division.

Steve is admitted to practice by the Illinois Supreme Court, the United States District Court for the Northern and Central Districts of Illinois, and the United States Court of Appeals for the Seventh Circuit.

Steve’s case victories have been featured in the Chicago Sun-Times, on the front page of the Chicago Daily Law Bulletin, on page one of the Cook County Verdict Reporter, and have been selected numerous times as “notable defense victories” in the special year end edition of Illinois Jury Verdicts. Steve has also been selected as an Illinois SuperLawyer multiple times and a Leading Lawyer by the Leading Lawyers Network.