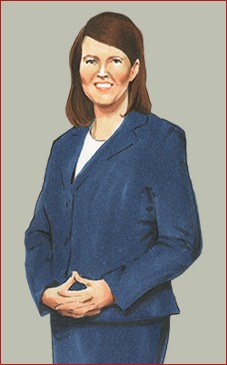 Whitney has a broad range of litigation experience in both state and federal court including civil rights and local municipal liability, employment discrimination and other employment litigation, condominium and voluntary association law, commercial law, insurance defense, and tort claims. She also has experience litigating cases from inception through verdict. She has been recognized multiple times as a “Rising Star” by “Super Lawyers” in the area of Civil Rights. This honor is based on peer review and is bestowed on only 2.5 percent of Illinois attorneys.

In the areas of law enforcement, in addition to her work at Borkan and Scahill, Whitney clerked at with the City of Chicago Corporation Counsel in the Special Litigation Unit, where she assisted in the litigation of a variety of high profile civil defense cases. Whitney has defended both municipalities and law enforcement officials in cases alleging unlawful search and seizure, use of excessive force, malicious prosecution, due process violations, and coerced confessions.

While in law school, Whitney was the Chief Justice of the Moot Court Honors Program. Whitney was awarded the Jacquelyn Forte Kidder Memorial Scholarship for Excellence in Legal Writing and the CALI Award for Highest Academic Performance in Criminal Procedure and Police Investigation. Whitney also competed in numerous moot court competitions. In 2010, her team won the Andrews Kurth Moot Court National Championship. In 2009 her team placed as a Semi-Finalist at the Robert F. Wagner National Labor & Employment Law Moot Court Competition, where her team also was awarded Best Petitioner’s Brief with the highest brief score in the competition. Whitney’s team also placed as an Octofinalist in the 2009 Chicago Bar Association Moot Court Competition. Whitney served as a judicial extern in the United States District Court for the Northern District of Illinois and the 19th Circuit Court of Lake County, Illinois.

Bachelor of Arts, Speech Communication, The University of Illinois, Champaign-Urbana, 2007 (with Departmental Distinction)

Whitney is a member of the Wisconsin State Bar Association. Whitney currently is the coach of the National Heritage Moot Court team for the John Marshall Law School. She formally coached the Lake Forest College Mock Trial team as a member of the American Mock Trial Association. She has also been a guest lecturer on trial advocacy at the Mock Trial Academy, a summer program for high school students who are interested in competitive mock trial.

Whitney also concentrates her practice in insurance defense. Prior to coming to Borkan and Scahill, Whitney gained extensive experience defending cases in the fields of construction litigation, premises liability, and transportation law at another law firm in Chicago. Whitney has defended cases nationwide involving premises liability, products liability, personal injury, trucking, admiralty and maritime, including cases involving catastrophic injury and loss of life. Whitney’s experience includes all areas of litigation, from investigation and discovery to trial primarily in state courts in Illinois, Wisconsin, New York, Florida, and California, as well as Federal Courts in Illinois and Indiana.

United States District Court for the Northern District of Illinois

United States District Court for the Central District of Illinois